Paul Dayes, the Director of Exit Foundation is himself an ex-offender. Paul has now made it his life’s passion to stop young people from taking the same path and making the same mistakes that he once made. Paul does this via one-to-one mentoring, life coaching and group sessions, including public speaking and workshops. Since setting up the Exit Foundation organisation, Paul himself works tirelessly in the field alongside the rest of his staff members. Together, the Exit Foundation team help people exit their old lifestyle for a new beginning as Paul himself has done.

The mission statement that Paul chose for the Exit Foundation organisation is ‘Love never fails’. Paul TOTALLY believes in this statement.

Yemisi was born in Lambeth and grew up with Scottish foster parents in Charlton up to the age of 8 years and then went onto boarding school in Nigeria.

Following on from losing her mother when she was 18 years of age, her life was shaped by trauma, pain, depression and a toxic lifestyle.

She is a single mum who despite all the odds stacked up against her, managed to raise her 2 young adult children successfully, and has a strong passion to help other young people realise their potentials and be restored to their true identities.

Her background is in publishing, field sales, entrepreneurship and training & development. However, as a result of soul searching during the pandemic, she decided to change career direction and join Exit Foundation in helping reshape the lives of broken young people.

Yemisi is also a parent coach, book author, counsellor and ordained minister at Christian International Europe. To her working at Exit Foundation is a calling not a job. Her passion is about helping young people experience positive transformation in every dimension of their lives.

Daniel was born in South London and comes from a loving and supportive family. From a young age, Daniel would play up at school, associating with older boys who smoked cannabis and were considered to be ‘cool’. By the age of 11, Daniel himself started smoking cannabis and experimenting with recreational drugs. This then led Daniel into cultivating and drug dealing which became his way of earning money. As a result of his lifestyle, Daniel found himself addicted to crack cocaine and heroin; he was funding this through crimes such as theft, fraud, deception, and dealing. For 23 years he was in and out of prison more than 40 times and has spent over 8 years of his life behind bars.

At the age of 39, Daniel contacted Exit Foundation. At this point, he had reached an all-time low and had given up on life. Exit Foundation reached out to Daniel and directed him into Teen Challenge’s residential drug and alcohol rehabilitation centre. Whilst there Daniel became a Christian and committed to helping others via his personal experiences.

Daniel’s life has now totally changed. He has achieved a level 3 award in Education and Training and is now using his past experiences to help transform the lives of young people. Daniel now works for Exit Foundation as a caseworker and mentor.

Pauline has spent the past 23 years working in adult education. She is an experienced educator as well as assessor and has a vast amount of experience in working with offenders.

For 17 years, Pauline worked in the prison service, writing and delivering courses to help prisoners reach their full potential on release from jail.

5 years ago, Pauline established a teaching and training centre that runs courses accredited by City and Guilds. This centre in East London helps people turn their lives around from life-controlling addictions and its related criminal behaviour.

Since the centre opened, almost 230 certificates have been given out, some of which have taken their recipients to higher levels of qualification. One man has recently received a first-class honour in law, while another is now a fully-qualified chef.

Pauline joined the Exit Foundation team to offer professional development training to staff in care homes as well as writing and co-delivering gang awareness sessions. She is also involved in delivering skills for life courses for troubled youth in East London.

Born and raised in Southend, Daniel got involved in drugs whilst at school and began smoking cannabis and getting himself involved with petty crime at the age of 14.

In his 20’s Daniel found himself involved in the then well known ‘rave’ scene: this was a type of all-night clubbing that was notorious for drugs taking including ecstasy and cocaine. Daniel found himself to be on the verge of addiction when one night he suffered from a serious panic attack following a drugs binge. This turned out to be the wake-up call that Daniel needed. He decided there and then that he would cease from drug use and change his peer group. Daniel threw himself into employment where he realised that his passion was in helping people.

In 2020 Daniel started working at a furniture centre. He discovered that the Exit Foundation had an office nearby, Daniel walked into the office and the rest is history. Exit Foundation saw his passion and put him through their mentoring course in which Dan proved to be a natural. He is now a valued of the Exit Foundation team.

Veena was born in the Midlands, growing up in Leicester.  Being the eldest of 4 daughters, Veena developed a sense of leadership and responsibility at a very early in age. Coming from a strict Indian family upbringing, Veena had no choice but to perform well in her educational career.  However Veena was always drawn to the adventurous side of life. Veena was drawn to mix with people from all walks of life.

She was a member of the first ever British Asian RNB/POP GirlGroup call ‘Freedom Angel’ (2000 to 2005). During these years in the show business industry, Veena got exposed to the clubbing scenes around the world.

She went on to get married and have two beautiful daughters, living in homes in Houston -Texas, New York, Tbilisi- Georgia (Eastern Europe) and Dar Es Salaam – East Africa.

Veena went through a tough phase in her life when she decided to overcome her own personal alcohol misuse issues. She is now living a life sober and free.

Veena Amenra has been a fully certified ‘Quantum Success Coaching Academy’(QSCA), Success Mindset Life Coach since 2010. Relocating to London after her divorce, Veena decided to get involved with Exit Foundation because of our great reputation working with young people.

Veena saw that there was a growing dysfunctional problem with youth in London and she wanted to help by sharing her expertise in ‘Renewing The Mind’. She completed a 3-month Young Person Mentoring Certification Program after which Exit Foundation offered her the opportunity to start mentoring young people.

“I love my work as a YP Mentor.  It’s great to guide, encourage and support young people, helping them to steer back onto a better path and achieve success in their lives, leading to a better future. I like to encourage them that it’s never too late to live your dream life”.

David has worked within the sphere of Social Justice and Youth and Community work for over 17 years. He started out in a statuary role in Youth Offending and generic youth work settings such at the age of 19.

After qualifying in Youth and Community Development, he began managing Residential Care Homes, which he continued to do for over 8 years. Alongside this he also volunteered and supported the Chaplinecy Team at HMP Belmarsh. During his time at Belmarsh, he supported the spiritual development of young men whilst they where in prison and  now mentors them upon release.

For the past 24 months David has been working as a Youth and Community Consultant. He has delivered employability and coaching with a kickstart program in Waltham Forest and an employability and business start-up training in Newham, Hackney and Tower Hamlet.

He is  excited about the opportunity to work with the Exit Foundation Team.

Jonathan was born in Brent, North London and moved a few times.  He worked as a care worker, for over 30 years in various mental health hospitals. In that role he was successful in helping people from the age of 16 years and above, to restore their positive mental health through support and various activities.

His passion now is to help get young people who’ve been in prison, stay out of drugs, criminality & gangs and get into training, jobs, careers or business. He became intrigued with Exit Foundation when he heard about mentoring opportunity for a young person in semi-independent living requiring 24/7 support. He started out working with a young person and was successful in his role. Now he is working with 17-25 year olds from the probation office, as they transition from youth to adult, and helping get them into careers and capacity building training.

Greg grew up on the streets of Ipswich. In 1991 Greg found himself serving a 9-year prison sentence for the crime of armed robbery. Whilst in prison Greg transformed his life by becoming a Christian.

On his release in 1998, Greg secured himself a job in ‘roadworks’. In 2008 Greg started visiting prisons on a weekend to work in prison ministry. This included Greg giving testimony to other prisoners informing them that it was ‘never too late’ to turn their lives around. In 2015 Greg started working with Exit Foundation as a volunteer mentor. Greg is a valued and committed member of Exit Foundation whose desire is to see people exit street life.

Wonton is the Exit Foundation and Newham YOS therapy dog. Wonton is a very important part of the Exit Foundation team who travels around with Paul whilst meeting the young people during their one on one mentoring sessions. Wonton sits in the back seat of the car and is available for engagement with the young people should they wish to do so. Wonton has become the most popular team member of all!

The commitment of our wonderful mentors and volunteers is essential in enabling Exit Foundation to help improve the lives of those in need. At Exit Foundation, we’re proud to work with mentors who have experienced and exited a gang or crime-related lifestyle themselves.

We are always on the lookout for dedicated and trustworthy mentors to join the team. If this sounds like you, and you’d like to use your experiences to impact the lives of others, you may be our next team member!

To register your interest, please get in touch by filling out the form on our contact page. A member of the team will get back to you to answer any questions you might have and begin the mentor application process.

The importance of mentors 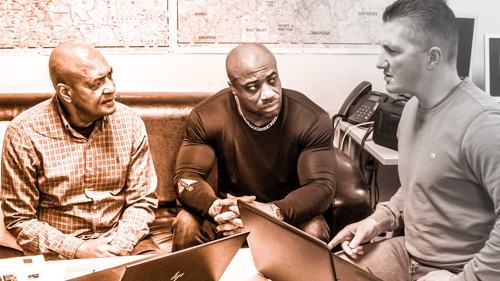 It is with your funding that we are able to continue helping young people take effective steps to exit a life of violence and crime. To help us support more young people in need, please click the button below to donate. 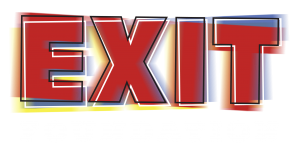